The English translation for what Italians call “malocchio”is Evil Eyes. This superstition exists in many cultures. According to this belief, people may develop bad feelings because of their insecurity of envy. Those bad feelings can materialize in the form of bad energy or bad luck. This bad energy is delivered with a bad look. 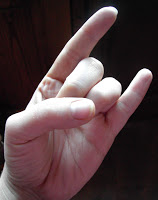 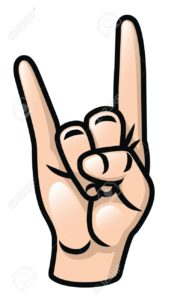 In Italy, people use different ways to “send away”the bad energy. It is called “scongiuro” but I wasn’t able to find a decent translation in English for this word (if someone wants to answer the blog and propose it, I would be really grateful!). Exorcism isn’t the right translation for “scongiuro”, since it means something totally different.

“Scongiurare” simply mean “neutralize”. In those pictures are represented the signs of “corna” which is a sign that Italians do in order to neutralize the evil eye. “Corna” means “horns” and it is a very powerful archetype in the Italian culture (probably coming from ancient pagan, pre-Christian traditions). This simple gesture of the hand has the power to neutralize the bad luck, according to a very well rounded Italian superstition. 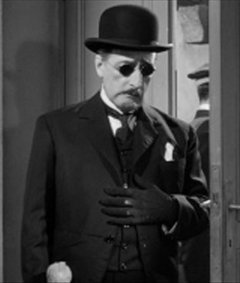 The character called “iettatore” in Italian is someone who is believed to bring bad luck. Traditionally this person is someone dressed up in black or dark colors and who always see things negatively, never smiles and always talks of bad things happening. According to the Italian superstition those people are capable of bringing bad energies in the lives of whom listen to their negative talking.

“Uccello del malaugurio” translates in English as “bird of bad luck” and is always a figurative term which refers to a person. Is not someone who bring bad luck just with their own presence (like the iettatore),  but is someone who occasionally says negative sentences bringing a bad influence on the outcome of things.  This person is not as negative as the iettatore but still may be negative. Even in the light of the fact that is only a superstition, makes sense to think that people who always talk down and discourage others with their negative talking, cannot possibly have any positive influence. 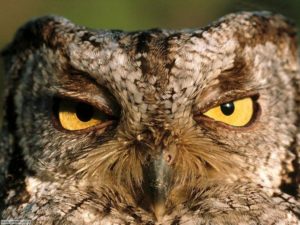 Some birds are considered negative omens in the Italian traditions. Those are the crows and the owls, probably because in the middle age they were used by the (so called) witches to produce spells and curses. In Italian the word to translate öwl” is “gufo”. Also exists a verb that is pure slang created that is “gufare”. This verb represents the action of sending bad thoughts in the direction of someone so to cause bad luck and troubles to the victim.

Please visit us at: