When Americans travel to Italy they usually go to Tuscany, Florence, Venice, and Rome. Nothing is wrong with those destinations other than the fact that those are the classical touristic cities to visit and we want to propose some new places. Let’s be honest: if you want to pursue your “typical touristic journey” you will end up traveling in a very crowded plane, sleeping in a very crowded hotel, eating in very crowded restaurants and walking in some incredibly crowded streets! And you will be paying a lot for everything you’ll buy while in those classical destinations. From the cafeteria down the street, to the taxi driver, everyone will see you like the typical tourist and will ask you to pay a lot for any service or product you will need. Do you really want that?

The truth is that if you are willing to escape the “tourist label” and blend in with the locals, you’ll find many alternative and beautiful itineraries that most don’t know. What about visiting the most beautiful festivals and local events? What about having the cheapest, smartest and most interesting Italian vacation ever? While avoiding at the same time the big crowds of the boring tourists? Sounds amusing? Keep reading!

If happen to you to have to go to Milan, you want to visit Bergamo Alta!

Bergamo is a lovely medieval town next to the Prealps in Northern Italy! The town grew a lot in the last century and its most modern part with its corporate businesses and offices is located down in the valley. Instead, the oldest part of the town is right on the top of the hill, surrounded by the medieval walls. This town is called in Italian “bergamo alta” or “cittá alta” that means “high town” or town up on the hill. If you want to be hilarious you can try to spark a conversation with some locals and calling their city “Berghem de Hura” that in the local dialect means “Bergamo on the hill”. Be careful about the pronunciation, in fact, you should pronounce the letter H in the word “hura” really strong. The locals would surely laugh because an American speaking Northern Italian dialect is without any doubt very funny!

In contrast, the down part of the city down in the valley is called “Berghem de Hota” in the local dialect. Still, you have to pronounce it with the a really, really strong H.

The distance between Milan and Bergamo is about 50 kilometers that correspond to 25 miles. You can reach Bergamo driving one hour from Milan. If you take the bus or the train it’s going to be a couple of hours instead. If you have any question about transportation, just ask in the comment section. Like I said I grew up in this town and my family has been living in the area for centuries. I know the valley like the palm of my hand. When you arrive to make sure you park your car downtown or is going to cost you a fortune to park up the hill in “Bergamo alta”! You will enjoy better your excursion if you use the funicular to reach the medieval city up on the hill.

When you arrive at the last stop just get out and start walking! You will see the lovely ancient town with its small streets. Luckily, cars are not allowed.

There are many places to see and if you follow these suggestions you are going to have fun! For example, did you know that Nicola Trussardi, one of the most famous Italian fashion stylists has his primary residence here?

The city of Bergamo organizes lovely organized tours to visit the most ancient palaces. Usually, those tours are very interesting and fun but unfortunately are limited at the month of September. If you want to know more about how to enroll visit this page: ANCIENT PALACES TOUR

After the palace of the local ancient nobility, you need to visit the castle! In this part of Italy, the castles are often called “the Rocca” that means “fortress”. The Rocca was built in 1331 by John, the king of Bohemia and then was conquered by the family of Visconti, the lords of Milan, in 1345.

What about going and have some of the typical cake of Bergamo called in dialect “polenta & usei”?  I cannot imagine a more lovely break than eating the cake the gardens of the walls !

A typical dish of this area is polenta with birds. That was a tradition of the past centuries when the hunters provided the birds for the restaurants. Now the law of Italy prohibits the hunting of birds in the area. However, polenta and stew are still a typical dish in those lovely hills.  The local pastry shops created a sweet that imitate in appearance the dish of polenta and birds, but it’s not polenta and meat at all! It’s ínstead a delicious sweet cake that resembles it! In fact, the polenta is made of sponge cake and the birds on top are of made of chocolate! “Polenta & usei” is sold everywhere it in the shops of the streets! And remember to ask for it using the local dialect: “polenta e usei”, and just to make sure they understand that you want the sweet, you can add “la torta, per favore!” – the cake, please! –

The best place to lie down and relax while eating your cake is in the inernal gardens of the walls all around the town.  Enjoying the killer view!

The next place to visit is “Piazza Vecchia”, the old square, that was the center of the political end economic life of the town during Medieval times.

And of course, the beautiful local cathedral called “Cappella Colleoni”

The last place to visit before supper will be “the chambers of the artillery”, that is all underground, under the city! Those chambers have been built by the citizens in the middle age to hide the weapons to use to defend the city in case of attack. Luckily, those weapons have never been used by the citizens because the city has never been attacked!

After such a long day in Bergamo is finally time go eating some local delicious food in the numerous restaurants in the area!

Now let’s get to the most important question: what to order?

My advice is to try a couple of the typical dishes of Bergamo! The first dish is called “Casonsei burro e salvia” and is a must! “Casonsei” is dialect and means “ravioli”, while “burro e salvia” means “butter and sage”. You have no idea how delicious this very simple dish is! My personal opinion is that the “ravioli” from this area are ways better than the ones made in the Tuscan cuisine!

Obviously, you should eat Casonsei with a generous portion of “Grana Padana” on top! And I am not talking of Parmesan! This cheese is not Parmesan – that is produced in Tuscany – this is the big competitor of Parmesan (and so much better in my opinion!)

In fact, “Grana Padana” is the Northern version of the Parmesan. The difference is in the area of production (Emilia and Tuscany for Parmesan and Lombardia for Grana Padana). Grana Padana (because traditionally produced in the Padana Valley) is simply known as “Grana”. Another difference between the two kinds of cheese is that Parmesan is seasoned for longer years respect to the Grana and for that reason its taste is stronger, while the taste of Grana is more delicate.

Another typical dish from Bergamo (and Lombardia in general) is the Stew with Polenta. Usually, the sauce is made with mushroom, and is really tasty! Also, don’t forget to taste the local salami and typical cheese called “stracchino”! So good! 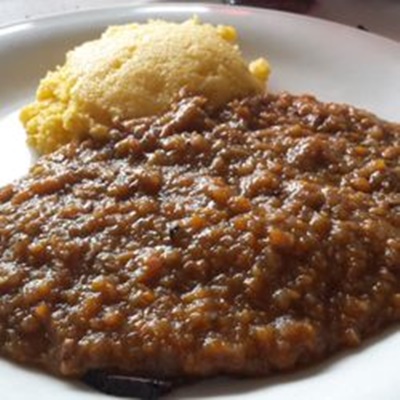 If you don’t want to pay a fortune for a hotel room I suggest you go to sleep downtown. Buses which go to the down part of the city are running all night long, and are pretty safe.

Before ending your long day in Cittá Alta you need to take a romantic walk on the Walls which are gorgeous at night! With the shining city downtown for you to admire while you are walking in the gorgeous gardens of the Walls! What a romantic way to end a beautiful day!

I Hope you had fun reading this blog like I enjoyed writing it! Ciao!

Please visit us at: